Gaming technologies are developing so fast and allow developers to create new-generation graphics, as well as improve the gameplay, making it more dynamic. One of the most popular game formats at the moment is the introduction of virtual reality. Every day there are more and more buyers on VR headsets. VR gaming is expected to enjoy multi-fold growth by 2022. As virtual reality is a rapidly evolving technology, you have a chance to create a real game boom – don’t miss it!

The main feature of virtual reality games is the user’s full immersion in the digital world. If the gameplay allows interaction with the outside world, the player’s involvement will move to a completely different level thanks to VR technology. For 7 years of creating VR games, EJAW has gathered a lot of expertise in the development of corporate solutions, owns all the necessary tools, and understands the specifics of creating virtual reality games. Today we will talk about how to successfully implement a VR project and make a profit. Let’s go to find out!

Like any other kind of game, virtual reality has its own characteristics. These features help developers create more dynamic games and the best user experience.

Modern virtual reality headsets, for instance, Oculus Rift/Quest, completely immerse players in the gameplay process and allows them to play without stopping. The combination of good graphics and interesting gameplay is quickly addictive for players.

When the users play virtual reality games, they use all the objects that are in the real world while seeing a virtual world. Thus, all movements of the players, in reality, are transferred to the virtual environment.

If the gameplay is dynamic and requires different movements of the player to dodge or jump, this makes the gameplay even more interesting and intense for the player.

What Should You Consider When Developing a VR Game?

Any project you want to create requires careful preparation and a good idea. If you do not think through the plan for the development of a virtual reality game, then you may face problems that you don’t even know about. The best thing is to prepare a ready-made plan and take into account all the factors of creating a virtual reality game.

All big things start with a great idea. The gaming concept is what can make a virtual reality game unique and make it stand out from the crowd. Think about what emotions the player should feel about the game, what platform it will run on, and how your game should use VR technology.

A game concept is a ready-made plan and a sketch of a future game based on which developers will create an application. Without a well-thought-out concept, no specialist can work fully and efficiently.

The most important thing is to create a VR project that people will like. You need to think carefully about what people will play your game, what their age, needs, and desires. A good analysis of the potential audience of players is an important step to consider before developing any game. After all, if you do not know for whom this game was created, the chances of success are minimal.

At the moment, there are dozens of applications that allow the development of virtual reality games. However, only two of them are highly competitive: Unreal Engine and Unity. Both platforms are effective and there is no visible difference between the visual quality they can produce. You should choose the option that suits the developers best. In our case, the EJAW company uses Unity for developing a rich visual experience for players.

One of the most important steps in creating a virtual reality game is setting a budget. What the game will be, what specialists will develop the project, the type of graphics, voice acting, effects, and much more depends on your budget. Of course, the larger the budget, the more opportunities for game development you have. The most important thing is to distribute your budget correctly so that later you do not stop the project or need financial assistance.

The most important aspect of a virtual game is its graphics. Each of the options below has its own characteristics and cost. The choice of graphics depends on what kind of impression you want to make on the user. Let’s see what types of graphics for virtual games exist.

Publishing a VR game and its implementation on the market are very important steps. You first need to choose a platform suitable for the style of the developed VR game, which can be used by certain devices that your game supports.

The next important step is to publish your game to the platform where players can find it. Marketplaces usually provide a set of requirements that a game must satisfy to be presented. You can publish your game or you can use the knowledge of EJAW experienced developers who know about all the features of gaming platforms.

Launching a game on the market is a rather laborious process, because it requires monitoring of user feedback and statistics, as well as improvements to the game based on analysis, the introduction of new tasks, and so on. After launching a VR game on the platform, all you will do is improve it and equip it with new features.

In today’s article, we told you about what factors to consider when developing a virtual reality game, as well as how to plan and prepare for its creation. Each of the steps is important and without careful preparation, you will not be able to create a good project. We hope this article was helpful to you and the realization of your dream goal. Learn more about game development with EJAW!

Match-3 Games: Why Should You Develop Them? 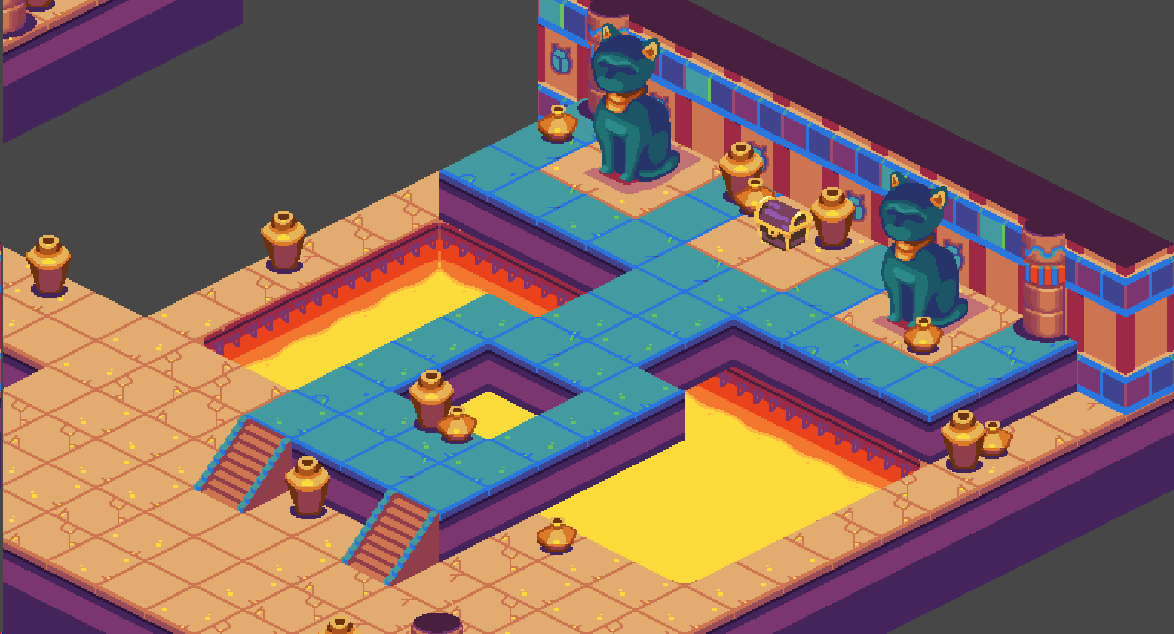 How to Get Started in Game Development
Share this article
How to hire your own Unity game development team?
Learn more